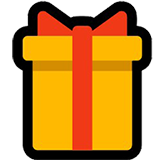 Automatic -3% on all orders

Why Buy the Best Spiderman Costume in MIKU COSPLAY?

Since the release of "Spider-Man" in 2002, this young superhero has been known to countless people. Among them, many versions of Spider Man have been born. Although they are slightly different, they are all superheroes.

The first generation of Spider-Man was played by Toby Maguire, and it is also a classic memory of all fans and friends. After being bitten by a super spider, he gained the same superpower as a spider. The second generation of Spider-Man is played by Andrew Garfield, and his origin story is almost the same as the first generation. Peter Benjamin Parker, the third-generation spider-man( Tom Holland) is an ordinary student. Because he was accidentally bitten by a radioactive spider, he gained the same superpowers as a spider. After the death of Peter Parker, teenager Miles Morales served as the second Spider-Man in Marvel's Ultimate World. His abilities are similar to those of Spider-Man, and the source of his superpowers is the spider, created by copying Spider-Man's superpowers. They have since become Spider-Man guarding New York. In addition, Spider-Man comics and games also left us many classic images.

We have all Cosplay Costumes with excellent value for money, and we guarantee that you will receive 100% of the products you want.

At the same time, the shipping numbers of each package will be sent to the customer as soon as possible.

Your cart is empty
Confirm your action

Are you sure you want to perform this action?